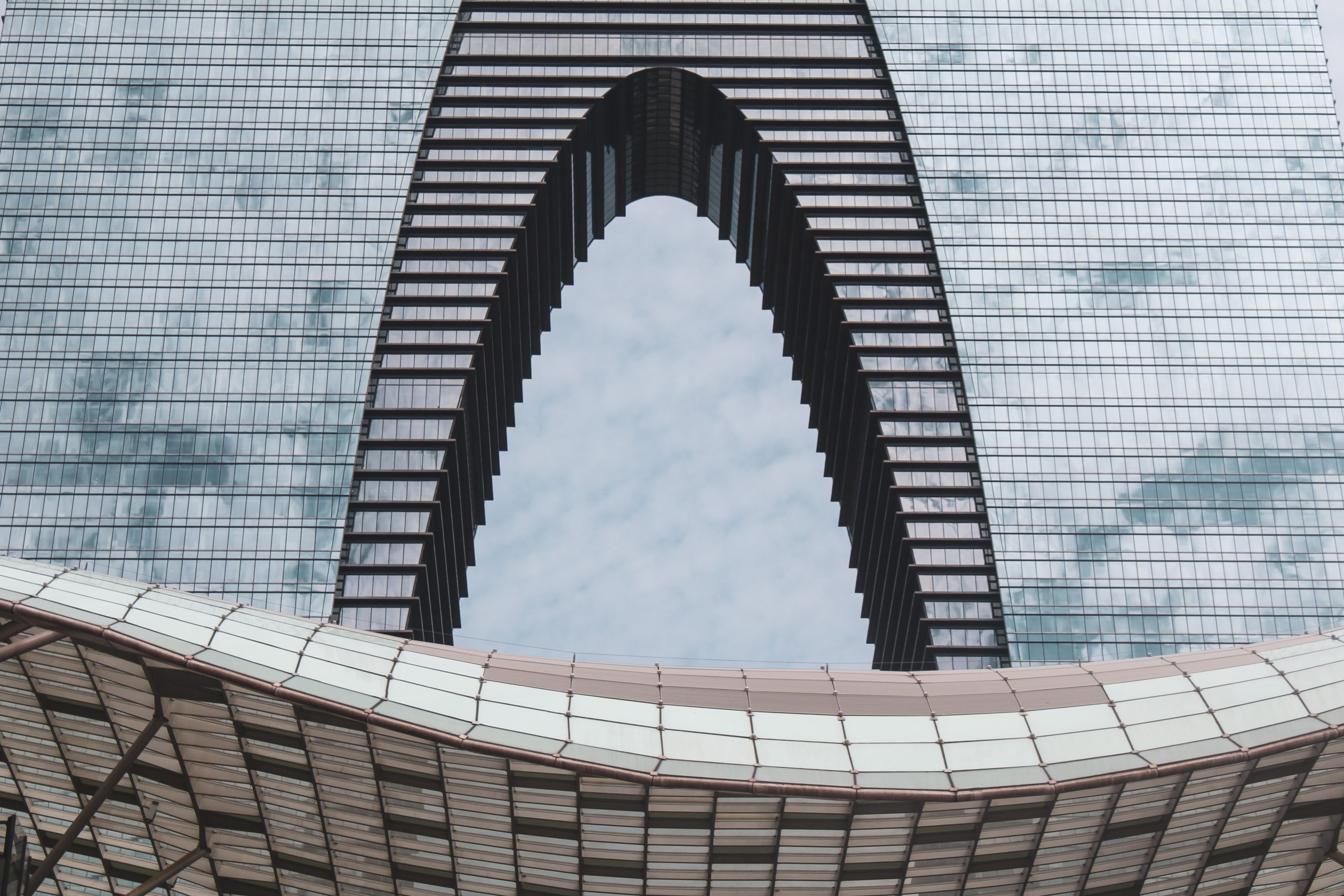 Photo by Antonella Vilardo on Unsplash

On June 29, Cinda announced the signing of a non-exclusive, target-specific licensing agreement with Synaffix B.V. Synaffix will provide the necessary proprietary antibody-coupled drug (ADC) technologies, including GlycoConnect chips, HydraSpace cycles, and a connector-toxin under its toxSYN platform. This will enable Cinda to quickly develop ADC candidate molecules with best-in-class potential. After the signing of the agreement, Cinda Biotech has the right to use the aforementioned ADC technology on the candidate molecule. Synaffix will receive a cooperative down payment and will be eligible for milestone payments related to specific R&D progress and sales, as well as future royalties for the ADC product based on commercial net sales.

On June 29, Simcere Pharmaceutical Group announced that it has obtained the rights to develop and commercialize two Alzheimer’s disease (AD) drugs from Vivoryon Therapeutics N.V., based out of Germany, in Greater China. The two drugs are varoglutamstat (PQ912), an orally administered small molecule inhibitor of glutamyl peptide cyclotransferase (QPCT) targeting N3pE and the IgG1 antibody PBD-C06 to bind to and remove neurotoxic N3pE from the brain. The former is in Phase II clinical development while the latter is in the preclinical stage. According to the terms of the agreement, Vivoryon will an undisclosed upfront payment and will also be eligible for payments of more than US$565 million. Furthermore, Vivoryon will be entitled to double-digit royalties on sales.

On June 28, Inmagene Biopharmaceuticals and TWi Biotechnology announced a strategic partnership to co-develop TWIB’s AC-1101. AC-1101 is a new topical drug candidate targeting Janus Kinases (JAX), although it has the potential to treat multiple dermatological diseases. According to the terms of the agreement, TWIB will grant Inmagene the exclusive co-development rights to conduct a global phase Ib clinical study of AC-1101 in one selected dermatology indication. If the predefined conditions are met, Inmagene will have the right to further develop, manufacture, and commercialize the drug candidate in mainland China and South Korea. Inmagene will have the option to expand the territory to wordwide (excluding Taiwan) when certain pre-agreed conditions are met. TWIB will be entitled to milestone-based payments of up to US$126 million and sales milestones of up to US$295 million, as well as up to double-digit royalties upon commercialization.

On June 24, Yipinhong Pharmaceutical, the US subsidiary of Yipinhong Pharmacy, participated in the Series C financing of Lyndra, a Watertown, Massachusetts-based clinical-stage biotechnology company. Yipinhong contributed funds of US$5 million. This round of investment was led by AIG Investments, an affiliate of American International Group, with participation from Yipinhong, Limitless Ventures, Catalytic Impact Foundation, and other existing investors. The total investment reached US$60.5 million.

On June 24, Luoxin Pharmaceutical announced the introduction of the development and commercialization rights of Tigolasan injection from South Korea-based HK inno.N in the Greater China region. Tigolasan is a potassium ion-competitive acid blocker (P-CAB). Currently, there is no P-CAB injection on the market globally, making Luoxin Pharmaceutical the first to deploy it in China. Tigolasan is mainly used for the treatment of gastroesophageal reflux, upper gastrointestinal bleeding, and prevention of stress gastric mucosal injury. It has a fast onset, long action time, is stable under acidic conditions, and can simultaneously inhibit activation and resting states. According to IQVIA data, the market size of China’s proton pump inhibitor (PPI) drugs in 2020 will be approximately US$3 billion, ranking second in the world after the United States. The market size for injections is approximately US$2 billion and approximately RMB 12.8 billion, accounting for 60% of the PPI drug market.

On June 21, Nicoya Therapeutics announced that it has obtained the development and commercialization rights of OPKO Health’s RAYALDEE® in Greater China. RAYALDEE® for the treatment of secondary hyperparathyroidism (SHPT) in patients with stage 3 or 4 chronic kidney disease (CKD). Nicoya will pay OPKO an upfront payment of USD$5 million with an additional $5 million to be made during the first 12 months of the agreement or upon Nicoya achieving a certain predetermined development milestone. In addition, OPKO will be eligible to receive no more than US$115 million upon the achievement of certain development, regulatory, and sales-based milestones. Nicoya will also pay OPKO tiered, double-digit royalties on product sales.

On June 18, Hong Kong-based Winhealth Pharmaceutical announced that it had obtained the commercialization rights of Minirin ®, a product of Ferring Pharmaceuticals, based in China. Minirin® is a desmopressin acetate injection which can be used to treat central diabetes insipidus. At the same time, Minirin ® can increase von Willebrand factor (vWF) and blood coagulation factor VIII by releasing endogenous storage substances. It entered the Chinese market in 1995 and is widely used clinically.

Dutch pharmaceutical company Norgine B.V. announced that it has reached a licensing agreement with Beijing Podconley Pharmaceutical Technology & Development Co., Ltd by which Beijing Podconley will commercialize Norgine’s product PLENVU® in China. PLENVU® is a lower-volume (1L) polyethylene glycol (PEG) based bowel preparation indicated for bowel cleansing prior to colonoscopy in adults. According to the agreement, Norgine will receive upfront payments and undisclosed milestone payments, along with double-digit percentage royalties.

On June 16, Harbour BioMed announced that it has entered into a multi-year and multi-faceted research cooperation agreement with researchers at the Dana-Farber Cancer Institute to co-develop novel biotherapies in cancer treatment. Harbour BioMed and Dana-Farber researchers will be working together to develop novel oncologic drugs, including bispecific antibodies and CAR-T cell products. This strategic collaboration will leverage Harbour BioMed’s transgenic Harbour Mice® platform with Dana-Farber’s expertise in CAR-T cell development and basic oncology research to generate novel biotherapies.

On June 16, Zai Lab announced that it has reached an exclusive co-development and licensing agreement with MacroGenics to develop and commercialize Margetuximab, MGD013, and TRIDENT™  molecule in Greater China. Zai Lab will lead clinical development in its territory by leveraging its regulatory and clinical development expertise and broad regional network of investigators. As part of the collaborative clinical development effort, Zai Lab and MacroGenics intend to initiate a global study using combination regimens containing margetuximab to maximize potential clinical benefit in gastric cancer, the fifth most common cancer in the world and the second most common in China.

BrightGene reaches an agreement for oncology

On June 15th, BrightGene Bio-Medical Technology and Oncogen Pharma, a Malaysian generic pharmaceutical manufacturer, signed a strategic partnership to develop, manufacture, market, and distribute generic products for the US market. The agreement includes one complex generic drug in the oncology segment.

On June 10th, Verona Pharma and Nuance Pharma announced that the two parties have reached an agreement under which Verona Pharma will authorize the latter to develop and commercialize ensifentrine in Greater China. Verona will receive an upfront payment of US$40 million, including US$25 million in cash and US$15 million in equity investments from Nuance. Verona is also entitled to milestone payments of up to US$179 million in the future and two-digit tiered royalties calculated as a percentage of ensifentrine’s net sales in Greater China. Ensifentrine (RPL554) is an investigational, first-in-class, inhaled, dual inhibitor of the enzymes phosphodiesterase 3 and 4 (“PDE3” and “PDE4”).  This dual inhibition enables it to combine both bronchodilator and anti-inflammatory effects in one compound.

BeiGene and Shoreline sign an agreement for NK immunotherapies

On June 9, Shoreline Biosciences and BeiGene announced an exclusive strategic worldwide collaboration, linking Shoreline’s iPSC natural killer (NK) and macrophage cellular immunotherapies for cancer and other serious diseases with BeiGene’s research and clinical development capabilities. According to the terms of the agreement, Shoreline will receive an upfront cash payment of US$45 million from BeiGene and will be eligible to receive additional R&D funding, milestone payments, and royalties based upon the achievement of certain development, regulatory, and commercial milestones. In the multi-target collaboration, the companies have agreed to work jointly to develop cell therapies for four designated therapeutic targets, with an option to expand the collaboration at a future date. Clinical development will be led by BeiGene globally, with Shoreline responsible for clinical manufacturing. BeiGene will have commercial rights globally, with Shoreline having an option to retain U.S. and Canadian commercialization rights for two targets. In connection with the agreement, BeiGene has an option to acquire an equity stake in Shoreline in its next round of equity financing, subject to specified conditions.

On June 7th, Arctic Vision announced that it has reached a licensing agreement with Olympic Ophthalmics for Olympic’s commercial stage product, iTEAR®100, for the treatment of dry eye disease in Greater China, South Korea and ASEAN countries. iTEAR®100 is an FDA-cleared external neurostimulation device that increases acute tear production. Being the first neurostimulator to stimulate tear secretion through non-invasive stimulation of the external nasal nerve, the device offers immediate relief with natural tear production as well as increasing the level of basal tear secretion.

On June 2, LianBio announced that it has reached a strategic partnership and exclusive license agreement with Lyra Therapeutics, to develop and commercialize the latter’s LYR-210 in Greater China, South Korea, Singapore, Thailand, and other regions. Under the terms of the agreement, Lyra will receive an upfront payment of $12 million and is eligible to receive up to $135 million in future payments based upon the achievement of specified development, regulatory and commercialization milestones. LYR-210 is an anti-inflammatory, intra-nasal, drug matrix in development for the treatment of CRS patients who have undergone a prior sinus surgery but continue to have persistent disease.

On June 1, Zai Lab announced that it had right to develop and exclusively commercialize Mirati Therapeutics’ small molecule KRASG12C inhibitor adagrasib in Greater China. Under the terms of the agreement, Zai Lab obtains the right to research, develop, manufacture, and exclusively commercialize adagrasib in Greater China. Zai Lab will support accelerated enrollment in key global, registration-enabling clinical trials of adagrasib in patients with cancer who have a KRASG12C mutation. Mirati will receive a $65 million upfront payment, with the potential to receive up to an additional $273 million in development, regulatory and sales-based milestone payments. Mirati is also eligible to receive high-teen- to low-twenties-percent tiered royalties based on annual net sales of adagrasib in Greater China.

Cross-border collaboration on innovation has become an important trend in international medicine, and licensing remains a common strategy within Chinese pharmaceutical companies. A large number of pharmaceutical and biotech companies in China have seized the opportunity for new drug research and development and integrated global technologies. As time continues, we can likely anticipate further development of innovative drugs within China.