“Give us a few more years and Genetron Health will be a leading precision medicine company, based in China but serving the world. This is our goal, ” Genetron Health CEO Sizhen Wang said in an interview with MyBioGate.

One day prior to the interview, the company announced that it had signed an exclusive strategic partnership agreement with Chia Tai Tianqing for HCCscreen™, Genetron Health’s blood-based screening test for early stage hepatocellular carcinoma (HCC). Under the agreement, the companies will work together exclusively to co-market and co-promote HCCscreen™ in the hospital market, covering designated territories in China. 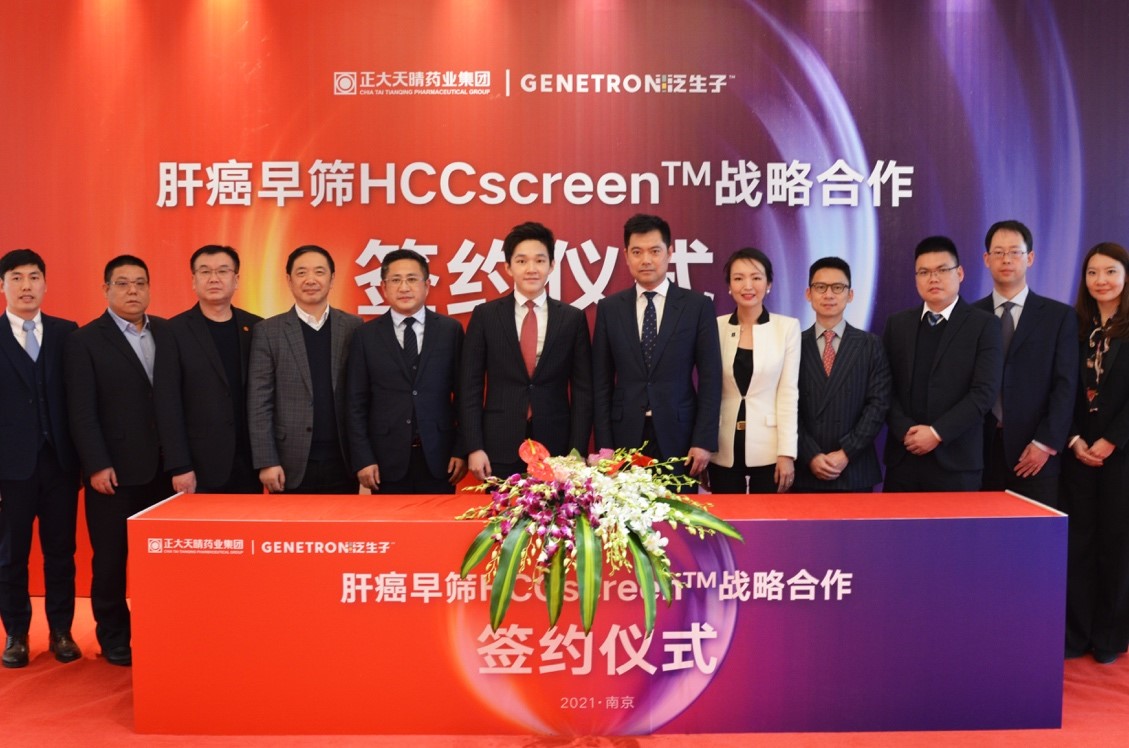 “Our common missions have brought us together and reach an in-depth strategic partnership. As a leading company in the field of liver disease, Chia Tai Tianqing has more than 35% market share in China, a sales team of more than 7,000 people, and covering more than 2,000 hospitals. Genetron Health provides early stage cancer screening products with cutting-edge technology and performance. Together with Chia Tai Tianqing’s deep market coverage and brand recognition in the field of liver disease, we are confident that we can quickly bring benefits to the Chinese people,” Wang said. “The collaboration between Exact Sciences and Pfizer set us a good example of success.”

The number of liver cancers in China ranks first in the world for mortality, accounting for almost half of the global total. Such an extensive public health problem cannot be ignored.

“One of our goals is to have HCCscreen™ included by Chinese national medical insurance coverage, thus ensuring the affordability and accessibility,” Wang said. “In our opinion, if there is no large-scale application, there is no meaningful real change.”

A return to original intentions

In 2004, Wang co-founded the first overseas Chinese internet communications company in North America and Australia. This company, iTalkBB, covers landlines, TV, data and mobile communications, and has millions of users worldwide. At that time, voice technology was advanced enough for large-scale commercial application.

Later on, the commercialization of gene sequencing technology began to emerge. After his successful first entrepreneurial venture, Wang and his partners decided to capitalize on the trend, and therefore founded Genetron Health.

Although the two companies are in different fields, Wang’s two entrepreneurial ventures both had the vision of being at the forefront of global innovation while seizing market opportunities. In Wang’s view, these two enterprises “to a large extent are based on my intuition. There are also surprising similarities. When we first created iTalkBB, the first company in this field in the United States had just gone public. The market was gaining recognition and was expected to become a mainstream technology. Then, when we founded Genetron Health, Foundation Medicines, an American leading cancer testing company, went public.”

Other than the market opportunities, Wang said there were very personal reasons why he embarked on these two ventures.

“When I first started to studying abroad, I didn’t have much business experience. Yet I was always thinking about doing something meaningful to change people’s lives. I was full of energy and excitement to live out that dream. After finishing my studies, I worked in a bank in the United States for a few years before I decided to start my own business.” 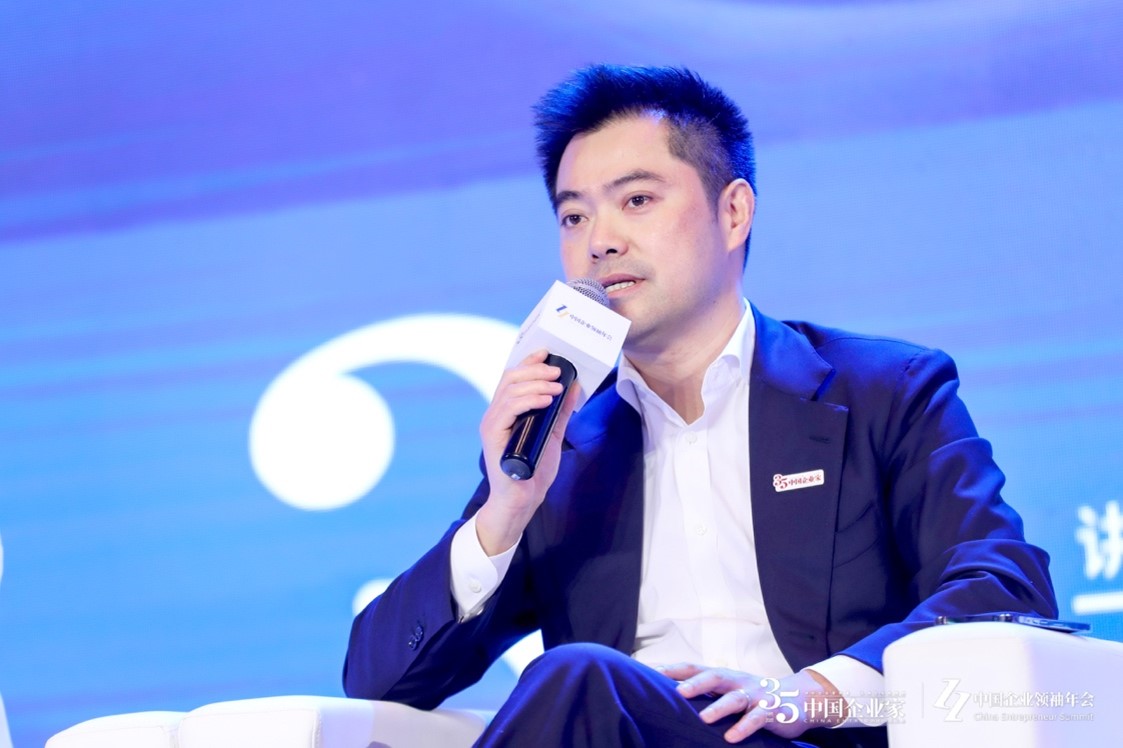 “Following iTalkBB, there were many personal reasons for choosing a new industry to start my second business. I was very interested in biology when I was in college, and I was always looking for an opportunity to step into this field. At first I entered this industry as an investor. After more engagement with biotechlogy, I found that it was more exciting than I had initially thought. It is an industry with a lot of potential to be explored. New knowledge can be quickly applied to bring meaningful, and long-term change.”

In 2013, China’s biotechnology industry was in its infancy. There wasn’t yet a strong structure and it was lacking in talent. As an outsider in the industry, Wang thought it was a good time to enter the industry at an early stage, to learn and grow. Starting a business was the perfect option and came naturally to him. In doing so, Wang turned back to his original intentions and interests.

Among many cutting-edge areas in biotechnology, such as antibody drugs, cell therapy, and other innovations, Wang eventually chose genomics as the field for his new company. In his opinion, “gene technology is the cornerstone of precision medicine with unlimited imagination and potential. Secondly, as a platform company, the development of all new technologies in the industry can be witnessed. This is a very exciting.”

At this point, Genetron Health came into being.

IPO is a new beginning 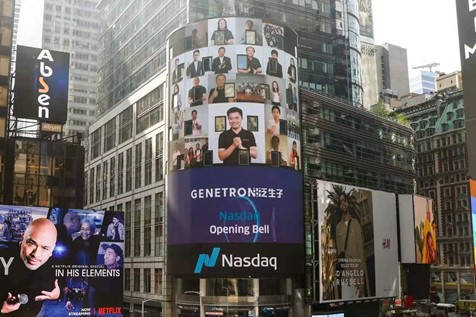 In a change from the choices of most Chinese biotech companies, Genetron Health was listed on NASDAQ in the United States. Wang said that the main consideration was that the NASDAQ brought together leading biotech companies around the world. Selecting NASDAQ for the IPO aligned with Genetron Health’s long-term strategic development needs and was also a new starting point for the company. 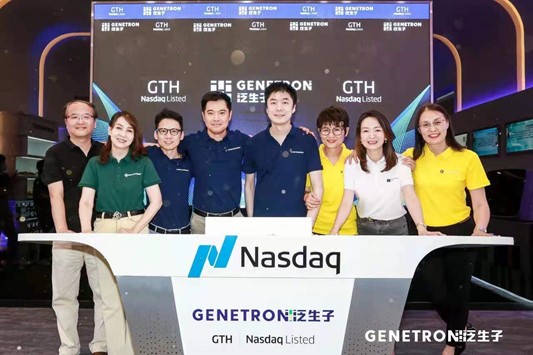 Genetron Health officially began the listing process in 2019. It formally submitted a prospectus to the US Securities Regulatory Commission in November of the same year and publicly disclosed it.

The sudden outbreak of the COVID-19 epidemic did not stop the company in its quest to serve society. In order to provide a rapid response to the global public crisis, the company shouldered corporate responsibility and developed COVID-19 test kits. It quickly obtained European Union CE certification and emergency use authorization (EUA) issued by the US Food and Drug Administration (FDA). It was also selected for the China Chamber of Commerce for Import and Export of Medicines and Health Products List of COVID-19 Testing Reagent Manufacturers (White List of the Medical Insurance Chamber of Commerce) and was approved for export overseas.

“This was just the first step for us to demonstrate our social responsibility and technical strength at the international level,” Wang said. “Our early stage liver cancer screening has also become the first screening product in China’s molecular diagnostic industry that has obtained breakthrough designation from the FDA. Regardless of whether it is through our own in-house research and development or through collaboration with global companies, we all hope that Genetron Health’s technology can be considered for deployment and development on a global scale. Give us a few more years, and you will see Genetron Health has become an globally recognized cancer precision medicine company based in China.”

When speaking about the future, Wang expresses confidence.

Genetron Health has always emphasized the importance of innovation. It not only has its own original ” One-Step SeqTM” patented technology, and an experienced team of scientists, it also has research results published many times in “Nature Genetics”, “Science” and other top academic journals worldwide.

In Wangs’s words, “all of this is Genetron Health’s genes.”

Genetron Health has had a strong team of scientists since its establishment. In 2020, former FDA senior expert Dr. Yunfu Hu joined the Company as CMO of Genetron Health. The addition further strengthened Genetron’s R&D strength and capabilities. 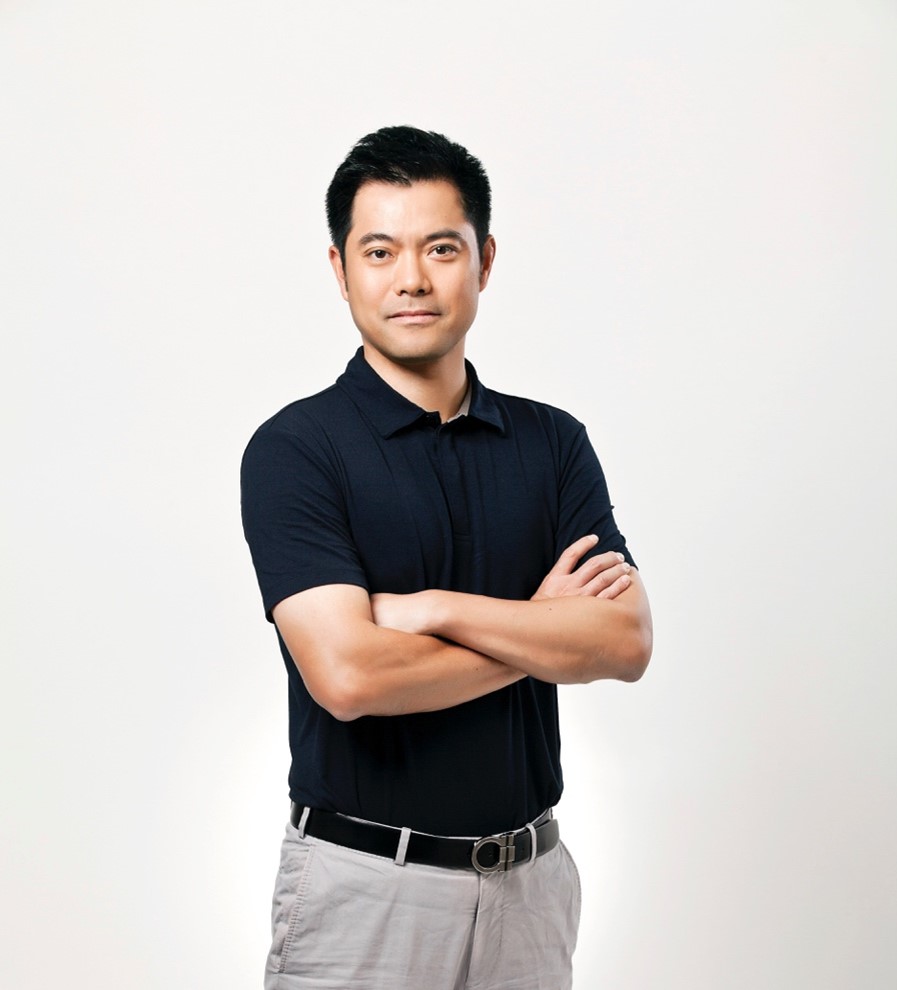 It is precisely because of these “scientific genes” that Genetron “has always been at the forefront of global innovations. Many large international companies in the same industry have been paying close attention to Genetron’s original technology. It has taken root in a large-capacity market like China, has innovative R&D capabilities, as well as a global strategic layout and execution. This will enable Genetron Health to become a leader in the global fight against cancer in the field of molecular diagnostics, especially in the field of early screening.”

In fact, Genetron Health was selected as one of the “50 Smart Companies” (TR50) of 2020 by the MIT Technology Review last November. Previously included on the list were well-known companies such as Apple, Tesla, Tencent, and Huawei. In joining these internationally renowned companies, Wang believes that the biggest similarity is, “In new technologies and markets, companies that can truly explore, apply and change through self-evolution. Therefore, we have a core technology and more importantly, we have the ability to evolve and the ability to create a market.”

How will Genetron Health’s “scientific genes” and “technical cores” become “transcribed and translated” into international influence? At the end of the interview, Wang and MyBioGate discussed the company’s long-term plan and vision.

Looking into the future: from China to Global

Genetron Health has been focusing on the “full cancer cycle” and creating a “closed loop” of precision medicine. A very important part of the cycle is early cancer screening, which is also the most promising future field for both market and capital. 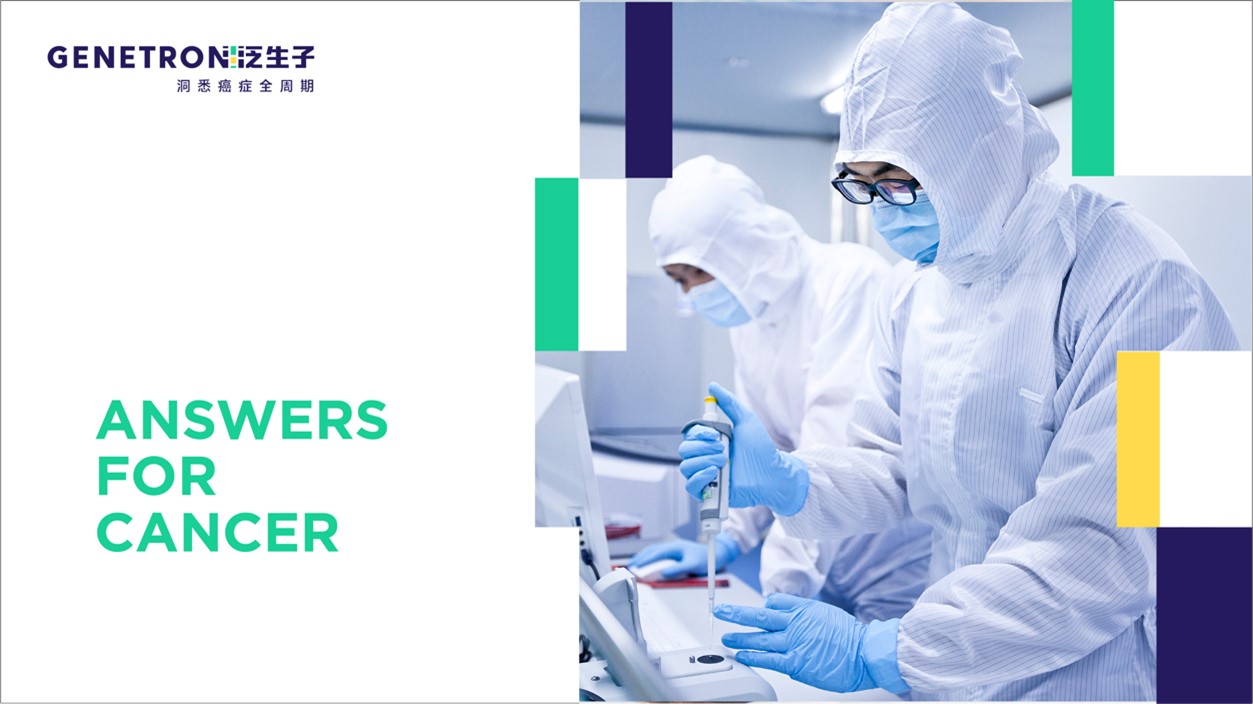 From the commercialization perspective, the first move is to launch the early stage liver cancer screening products HCCscreenTM.

Genetron Health first signed a collaboration agreement with iKang Healthcare Group to promote and provide early liver cancer screening and testing services through iKang Healthcare Group in medical examination centers around China. In 2020, Genetron Health and the Wuxi Municipal Government reached a strategic collaboration to select HCCscreenTM to provide detection and comprehensive prevention and control for 150,000 Wuxi residents at high risk of liver cancer. Another goal of the partnership was to build a city demonstrative of comprehensive prevention and control of early liver cancer screening possibilities in China. The recent partnership between Genetron Health and Chia Tai Tianqing will further develop penetration into the Chinese hospital network and build a multi-faceted commercial platform.

When speaking about the company’s layout and development in the domestic Chinese market, Wang said, “In the field of early cancer screening, we are the only company that participates in national science and technology projects for the three major cancer types of liver cancer, lung cancer, and digestive tract cancer. We plan to use Genetron Health’s technology platform to gradually develop a variety of early screening products for cancer.”

In overseas markets, Genetron Health’s HCCscreenTM has been recognized by the US FDA as a “breakthrough medical device”. Genetron Health is actively carrying out clinical and registration work and is expected to have HCCscreenTM become the first liver cancer early screening product approved in the US.

When on the topic of the combination of artificial intelligence and genetic testing, Wang said in his discussion with MyBioGate, “The two areas will definitely overlap in the near future. Only the integration of various technologies can achieve more accurate screening. ”

Genetron Health has been on the global innovation stage since its inception. It is this original mission and confidence that has led Genetron Health to build a solid foundation and successfully launch its NASDAQ IPO in 2020, opening a new chapter in the company’s potential.